Equality means equality for everyone.

Please join the Ottawa branch of the Canadian Association for Equality (CAFE) for their inaugural event on June 3rd, 2015. CAFE is an educational charity focused on the health and well being of boys, men, fathers and families.CAFE President David Shackleton will be launching his new book, The Hand That Rocks The World: An Inquiry into Truth, Power and Gender. David will also be selling copies of his book and this is your chance to get an autographed copy!David will be discussing why, and how, feminism has been so powerful in the world, all of which is done under a banner of powerlessness. Men and women enjoy different kinds of power, although one is acknowledged and the other ignored. Many people are completely unconscious of this power since it operates under a cover story of male power and female victimhood.

This will also be your chance to meet the executives of CAFE-Ottawa and to discuss our plans for the future of the organization here in Ottawa. We look forward to seeing you on June 3rd.

The Canadian Association for Equality is committed to achieving equality for all Canadians, regardless of sex, sexual orientation, gender identity, gender expression, family status, race, ethnicity, creed, age or disability.

In particular, we are interested in gender equality, that is on achieving equality for all men, women, girls and boys. While we support all efforts at achieving gender equality, we will work for balance and fairness within this societal project by focusing our limited resources on those areas of gender which are understudied in contemporary culture.

This has led us to a current focus on the status, health and well-being of boys and men, where attention, investment and support for educational and social programs stands at a level that is far from equal to the seriousness of the problem, while also being significantly underdeveloped compared to the resources in other important areas of social improvement.

We provide current evidence-based research and balanced information. We also provide opportunities to engage in furthering this cause by participating in discussions, events and family-friendly activities. We sincerely believe the goal of true equality and human rights is best served by conducting inclusive conversations based on facts and evidence, not by promoting ideology or special interest agendas.

Cat Calling and Sexual Harassment: CAFE Participates in Panel at U of Guelph

CAFE was invited to participate in a panel on “Cat Calling and Sexual Harassment” on October 28, 2014 at the University of Guelph. The event was organized by the student group “Multi-Disciplinary Round Table presents” and featured the following speakers:

Sheila from the Guelph Resource Centre for Gender Empowerment and Diversity (http://www.uoguelph.ca/~wrc/GRCGED/GRCGED.html)

Here’s the video and a few observations:

– Amber of OUTline advocates that victims “don’t report criminal acts to police!” as police are apparently not to be trusted
– Sheila of Guelph Resource Centre for Gender Empowerment and Diversity explains “I’m white and I’ve been called in and told I haven’t been a good ally. Being an ally means apologizing and recognizing our privilege, advocating against our own privilege, cis-gendered men were born with privilege and sometimes that means taking knocks for systematic patriarchy and contempt for women.
– An audience member complains that men wouldn’t know what it’s like not to feel safe in a dark alley, neglecting the fact that men are more likely victims of schoolyard bullying
– Event ends when panelists and audience members accuse men of “taking up too much space” at the event, ” Without any sense of irony this statement followed right after men in the audience were told to avoid using the “gender binary.” How much more binary can it be to conclude that any man who dares to speak at a sexual harassment event is wasting everyone’s time.
– “Men are making the discussion about them”: it seems to be ok to have men the focus of the discussion provided its to blame men, but when anyone introduces a more nuanced perspective on the role of men that’s  a problem
– “men and women” binary language is only corrected when Trottier and 2 other men fall into this politically incorrect talk, while the whole concept of “male entitlement” which most of the audience takes for granted presupposes there is a well defined “male
– Men in the audience are told to “be a good ally and don’t defend” ie. being a good ally means conforming and voicing no disagreement

From Sex Abuse of Boys to a Family in Trouble: Watch our New Video Appeal

Single Dad Gets No Help: His Young Daughter Becomes Homeless
You’ll be amazed by these stories from our Video Appeal Part 2:
A man forced to plead guilty to assault with weapon despite being innocent
A woman witnesses male suicides and lack of shelters for men with children

Oliver, Sammy and Kristina need your support at this critical time.

Don’t waste this amazing opportunity. It’s time to build on our momentum.

Click here to learn about other ways to give

From Sex Abuse of Boys to a Family in Trouble: Watch our Video Appeal Part 1

Mark shares the pain of child sex abuse and the lack of men’s services. Carol fears her son will lose his child to a dangerous woman.
Mark and Carol are asking for your support at this critical time.

Against all odds and despite campaigns of misinformation, we successfully opened Canada’s first comprehensive “Men’s Centre” in late 2014.  But we need you to donate so we can keep this home for boys, men, fathers and families open in 2015.

“That’s why the city – and country – needs a men’s centre.”
– Rosemary Westwood, MetroNews, discusses her support for men’s health spaces

Read all about it:

Announcing the New Website for the
Canadian Centre for Men and Families
www.menandfamilies.ca

Register for a program/service. Support our work. Learn more by reading our Vision, Mission and Values (en francais) or watching these presentations from our Meet and Greet event 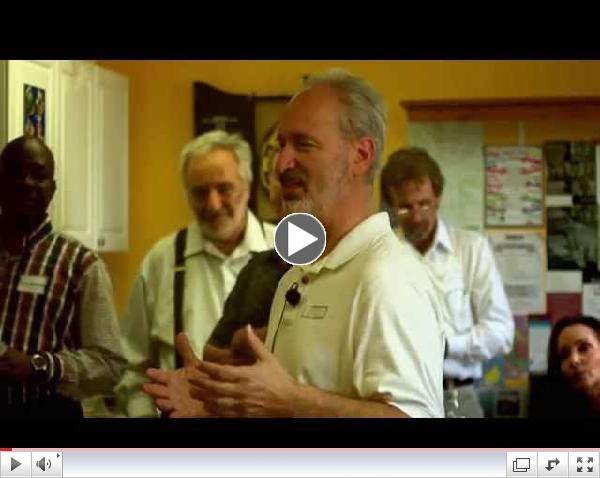 All programs/services are beginning as of November 17th!

Thank you for all your support and participation, which makes all this possible.Sincerely, Board of Directors, Canadian Centre for Men and Families & CAFE

The Family Law System can hurt fathers, but it also hurts children and mothers as well. Canadian Association for Equality Advisory Fellow William Spotton joins TVO The Agenda on a panel to explore family law, custody support and the Family Responsibility Office

The episode aired on November 26 but is also available at the episode page:Cutting Through the Backlog

The Canadian Association for Equality gives a voice to your issues and perspectives. Help us to make that voice stronger. Join or donate today!

From the episode webpage:

Child support in Ontario is managed through the Family Responsibility Office. In addition to dealing with properly submitted support payments, FRO staff is tasked with attempting to collect $2.1 billion in arrears payments. The Agenda looks at what can be done to improve the system in a period of tight government purse strings.

In response to the tragic death of Earl Silverman, over a year ago our community set out to build Toronto’s first Men’s Centre.With your support and hard work, on this solemn day of Remembrance and in time for Men’s Health Month, we are proud to announce the opening of the first facility in Canada’s largest city dedicated to the health and well-being of boys, men, fathers and their families.

Announcing the New Website for the
Canadian Centre for Men and Families
www.menandfamilies.ca

Register for a program/service. Support our work. Learn more by reading our Vision, Mission and Values (en francais) or watching these presentations from our Meet and Greet event

All programs/services are beginning as of November 17th!

Thank you for all your support and participation, which makes all this possible.Sincerely, Board of Directors, Canadian Centre for Men and Families & CAFE